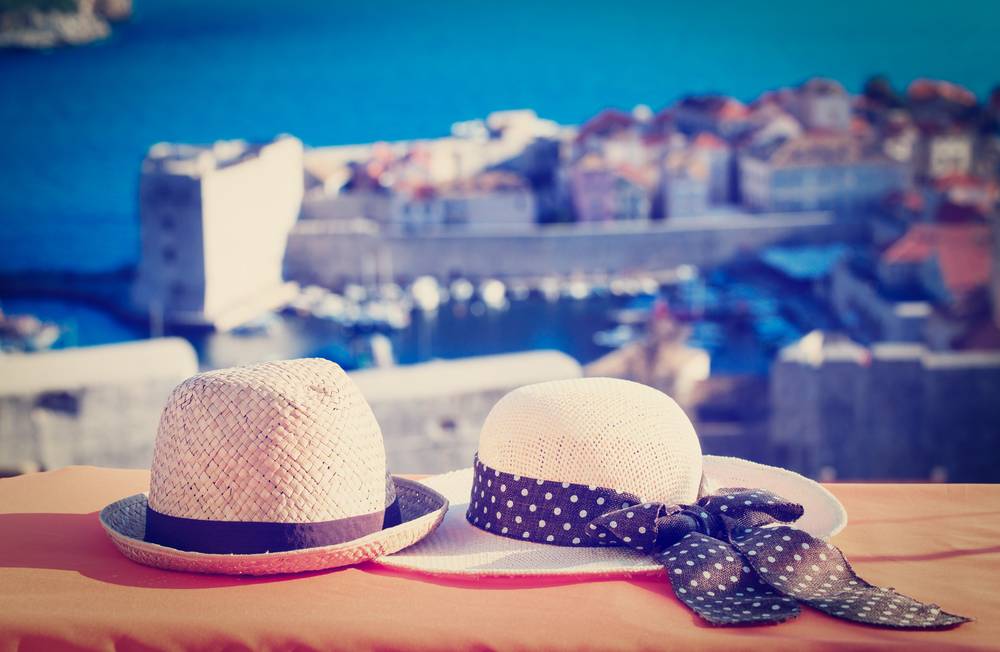 How To Travel Without Getting Drunk: Go on a Sober Vacation

Learn to live and love in sobriety.

Sober Vacations International (SVI) will celebrate its 30th year in 2017. Its founder, Steve Abrams, has been sober for 36 years. After years of getting sloshed, Abrams found himself suddenly nervous about vacationing. Wanting to avoid any temptation of drinking again, he asked a few friends to accompany him on a sober trip. The response was overwhelming. The first trip took them to Ixtapa, Mexico. By the next year, SVI had enough travelers to take over a Club Med on Eleuthera Island in the Bahamas; they christened it “Sober Village.”

Since the inaugural trip to Ixtapa, SVI has hosted over 30,000 vacationers and organized over 150 trips, making it the largest company specializing in alcohol- and drug-free vacations. Over 85% of its clients are repeat travelers; many have journeyed with SVI since its inception and the company now averages six trips a year.

Wanting to learn more about the man who created all of this, we caught up with Abrams, who told us his first drink was at age 14. He grew up in the ‘60s and indulged in psychedelics, pot, amphetamines and Quaaludes, but alcohol was always his mainstay.

“I had anxiety and fear,” said Abrams. “Alcohol took away the voices, the committee.” He said he always felt different and “less than.” Abrams drank his way through high school and hid his drinking. “My stepfather was a moderate drinker but my father was an alcoholic so I knew I shouldn’t drink that much.” Abrams said there were signs of a problem during his teenage years including alcohol poisoning at 16.

His family moved to Beverly Hills when Abrams began 9th grade. “Everybody there had gone to grammar school together. They were all friends and I was the outsider.” That would become a common theme. “No matter what situation, I painted myself separate,” he said. “Other people turned to work or food, but alcohol was magic for me. When I drank the first time, that feeling of not belonging went away.”

“I had bad grades but went to college. That’s where I discovered I didn’t have to wait for the weekends to drink. The first phase was fun. It took a scared kid and made the world friendlier. The party was on. I love alcoholism being described in three phases: fun, fun with problems, then just problems.”

Abrams went through four years of college. “I added amphetamines to improve my grades and it worked. Then I applied to one law school and they took me. Feelings of ‘I’m not smart enough’ surfaced. I got through two years, then went to Chicago. A family friend had a big car dealership there and said, ‘I have no one to turn this business over to. It’ll make you a million by the time you’re 30.’” So Abrams left law school, went to Chicago, and entered phase two of alcoholism: fun plus problems.

“Sometimes it was fun and sometimes I crashed a car, or got arrested for drunk driving. I didn’t always show up for work. It was hit and miss. They sent me to Boston to study a car dealership. I was alone in a hotel for a month and drank.”

He left the car dealership and returned to finish law school but flunked out with only two classes left. That’s when the problem phase started. “When you’re in law school,” he said, “people think you’re going to be a lawyer. When you flunk out with only a couple classes left, you’re an idiot. My stepfather dropped dead around that time, and left us money, and my mom started drinking. I said, ‘I’m not going to drink anymore.’ But every day I drank around the clock. I went to AA but didn’t identify and thought it was all bullshit.”

Alcohol was still his solution. More drunk driving. More car accidents. “I finally got into recovery when my buddy hooked me up on a blind date. I went out with this girl. She was pretty and smart and I didn’t drink because by that point, whenever I drank I’d slur my words and stumble around. I couldn’t metabolize liquor anymore. I didn’t ask her out again but called her in a blackout two weeks later.” He confessed his drinking problem and told her, “I feel like I have a hole in my soul. I don’t care if I live or die.” She told him, “I’m in another 12-step program. If you like, I’ll take you to a meeting.” So he went with her on August 10, 1980. “I never drank again,” said Abrams, “and we’re still friends. Because of her one act of kindness, this ripple developed like a stone in the water. She and I had no idea that I would stay and end up with an extraordinarily big life and become comfortable in my own skin.”

I asked if he thought his sobriety was luck or due to a higher power. I found out that he defines his higher power the same way I do: the power of the group. “They were bigger than me,” he said. “I could see the magic on the first day. The magic is still exactly the same today. It’s identification. I can identify with anybody, no matter how creepy they are or how wonderful. It’s that human connection. The big surprise about being sober is that I thought sobriety would wear me out and be a burden. I thought it was hopeless, sure it wasn’t going to be fun.” But he learned, “If you do what people in the program do, sobriety is buoyant, it lifts us up. It takes our chin from our chest and takes the self-obsession and lifts us up to see, to go, to do, to walk through fear, to get a commitment at a meeting and start to feel a part of. I remember waking up and going, ‘Oh my god, I remember going to sleep!’”

He wasn’t an AA superstar. “I didn’t run out and get a sponsor or start doing inventory right away. I went two years without doing any of that but then my girlfriend got pregnant and that surrendered me into looking for help. I got a sponsor and he’s been my sponsor the last 34 years.”

I asked if SVI vacations are available to anyone who isn’t drinking or drugging, or those not in a recovery program, or to anyone in SMART Recovery or Celebrate Recovery. He said, “Anyone’s welcome. Even people who are only curious: the only requirement is the desire to stop drinking. We’re 12-step based and schedule five meetings a day on trips but people spontaneously start other meetings—men’s or women’s meetings on the beach, NA, OA, DA, Al-Anon, CODA, ACA or whatever.” Abrams’ examples did not include any SMART or other non-12-step meetings, so it remains to be seen if that would be welcomed with open arms.

Did he ever witness anyone have an epiphany during an SVI trip? “Oh god,” he said, “that’s one of the amazing things. I’ve seen a lot of people—some who’d never gone to a meeting. Vacationers all dine with eight people at a table and it’s open seating. Nothing’s reserved. You get to meet new people from all over the country. It’s huge and friendly and open. You can go sit in a meeting and sit there in your bathing suit. There’s no requirement for anyone to do anything. Our message is: if you’re doing sobriety right you should be having a big life. In this environment it’s like, go ahead and learn how to sail, learn to scuba dive, let go of ego and expand your comfort zone.”

These vacations have changed people’s lives in many ways. For one thing, almost 40 marriages started on them. “We hook up, laugh, make friends,” he told me. “At night, we bring in comedians, singers, different types of entertainment. It’s about having fun. We learn to walk through fear. People share how they were afraid, or that it’s their first trip, and then they made a friend, or sat in their first meeting.”

SVI offers free scholarship vacations anonymously. “We always have,” said Abrams. “We give five a year to people that would never be able to save money to do something like this. It’s a cool thing to know they got to do something that they would’ve missed out on.”

“Originally,” he said, “after I flunked out of law school, I started working in a travel agency, and then I opened up my own travel agency. Had that for about 15 years and was doing this simultaneously, but found this so much more rewarding. In those days, people would call the travel agency and ask, ‘How come the guy next to me paid $20 less? On the Sober Vacations side, we were getting these wonderful stories and letters thanking us for doing what we do.”

He reminisced, “I went to the first Club Med thinking this is better than a convention—it’s about living your life sober. The meetings will fuel you to go out, but what are you going to do in the other 23 hours of the day to have a life that’s worth not ruining? The bigger life is, the more friends you have. I go to three meetings a week and I’m more excited about my recovery today than ever.”

As for his personal life, I asked if he was married. “No,” he said, “I have one son who’s played a big part in my recovery. In fact, now he works with me. At two years sober, he was born. I wasn’t married to his mother, and I thought it was the worst news anyone can have. But as we find out with a lot of things we think are the worst, they turn out to be the biggest blessing. He’s 34 and I’m 36 years sober, so we’re going to try and keep that same two-year difference.”

Before we said good-bye, Abrams said, “I know how frightening it can be to go somewhere you don’t know anyone, but so many vacationers end up having an awakening—an experience that changes their life. It’s beautiful.”