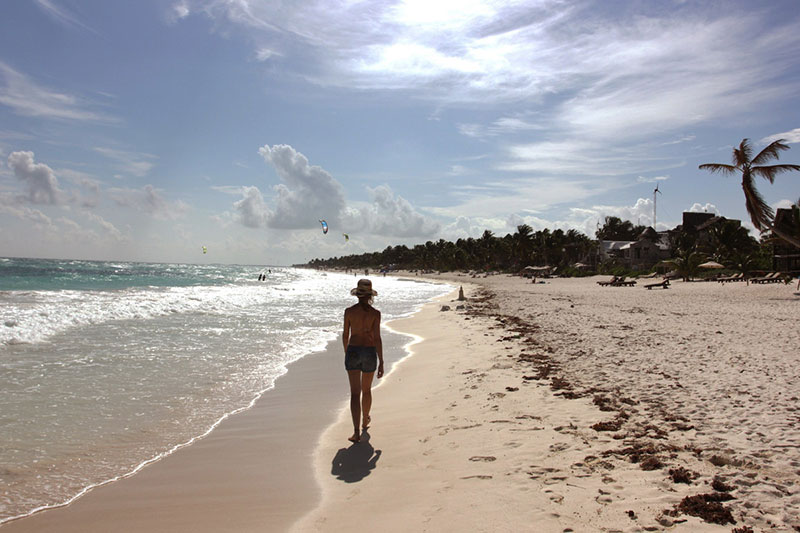 By James Sullivan GLOBE CORRESPONDENT  MAY 26, 2017

Traveling the world in search of good, sober fun

Most years since 2001, Diane L. has planned her winter around a February vacation to a Club Med. This year it was Ixtapa; last year, Turks and Caicos.

Each year she asks her husband if he’d like to come, but he always declines. “You go,” he’ll say. “It’s your thing.”

Diane is a recovering alcoholic, and the vacations she plans are all alcohol-free. She books her trips with Sober Vacations International, one of the oldest and most successful businesses in a specialized, but growing, niche: alcohol- and drug-free travel.

Since 1987, Sober Vacations has booked an average of six group tours each year, including its traditional wintertime getaway to a “Sober Village” — an entire Club Med, block-booked for its clients.

One week on a trip like that “can change the other 51 weeks in a year,” says Steve A., the recovering alcoholic who founded Sober Vacations 30 years ago. (Though the company is not officially affiliated with Alcoholics Anonymous, many of its clients subscribe to the 12-step program and prefer to be identified by first name.)

“They become deeper into recovery, more a member,” Steve says. “Most of us think when we give up drinking, life is over. But sobriety isn’t a burden — it can be something buoyant. That’s the journey I think most people [in recovery] must take.”

According to Gallup polls, figures on alcohol use have remained steady for decades: about one-third of Americans typically say they do not drink. But as recent lifestyle trends toward “clean living” continue, the range of services for travelers looking for sober alternatives appears to be expanding.

Sober Celebrations, established in 2001 and based in Florida, hosts “Gratitude” excursions including an upcoming African safari, a trip to the British Isles, and an annual Halloween cruise. A newer company, the Clean Fun Network, combines a social network with adventure planning for its extended community.

Yet when Robin L., who lives north of Boston, was looking for ideas to stay active on day trips and weekend getaways around New England, she found no single resource that could guide her. So she set one up herself, creating a Facebook page called New England Sober Events.

“I did attend AA meetings,” she explains, “but I had a difficult time connecting with people to do fun things.”

Now she tips others about alcohol-free concerts, sunset cruises, and other activities. She directs readers toward events such as the annual Half Moon Sober Festival, which takes place over Memorial Day weekend at a New Hampshire campground, and Sober in the Sun, a Labor Day music festival in central Massachusetts. Last summer, she helped promote a samba-themed dinner cruise around New York City, sponsored by Connecticut-based Mountainside Treatment Center.

“I am passionate about it,” says Robin, who attended many outdoor summer rock concerts when she was using and didn’t want to give up that part of her social life. “It makes life a lot more exciting when you’re connecting with people, as opposed to just going to meetings all the time. It’s not all doom and gloom once you give up the booze and drugs.”

She recently watched a TED Talk on addiction, in which the presenter was asked the difference between being addicted and being recovered. The answer inspired her.

Being recovered, she says, is being connected with people. “The world gets really small when you’re using.”

For Diane L., who lives near Boston, her annual Sober Village vacations remind her of the summers she spent at overnight camp for Girl Scouts in rural New Jersey.

“It’s a great environment to meet new people that you have a common bond with,” she says. “There is always safety in numbers.”

That’s the premise Steve A. based his business on. He felt compelled early on to tell his own personal story.

“People like to know when they’re in recovery — as they do with maybe anything — who they’re doing business with,” he says. His father owned a car dealership, and he kept his office on the showroom floor.

“His door was always open,” Steve says. “I learned from that.”

When he started his agency, “sobriety was just becoming public. Those were the days of Betty Ford and Liza Minnelli on the cover of People Magazine. We hit that wave, and it served us well.”

In a sense, he says, there’s a comparison to be made between traveling and finding sobriety.

“It’s doing something new, leaving your comfort zone. In my case, that was a yellow rocking chair with a triple Dewars in my hand. It can be frightening to go out without the medicine.”

Now, his clients travel with strangers and attend meetings in their bathing suits. Even after 30 years, he says, “I’m always in awe and amazed that people can take a chance like that.”